The French National Research Agency (ANR) annually develops an Action Plan that outlines research priorities and funding instruments. The agency’s roadmap for the coming year, this document is drawn up in consultation with research stakeholders (the five Alliances, the CNRS and the Ministry in charge of Research and Innovation, which coordinates interministerial action between the ministries concerned) in line with the National Research Strategy (SNR).

A pioneer project in muography in France

The DIAPHANE project was initiated in 2008 by a collaboration between several academic institutions, experts in particle physics on the one hand and in geophysics on the other hand:

It was this project that introduced muon tomography in France after trials in the field of archaeology in Egypt by an American team (Alvarez, 1970) and volcanology in Japan (Nagamine, 1993).

The project was initiated to study the active dome of the Soufrière in Guadeloupe. It went well beyond the scope of this study to allow the validation of technological choices, methodological developments and valorization in different geophysical fields:

The muon detectors developed in the framework of the DIAPHANE project are plane trajectographs with a plastic scintillator. The trajectory of the particle is reconstructed from the data of at least two pairs of coordinates (X,Y). The spatial resolution is constrained by the segmentation of the front and back planes. A third central plane is added to eliminate fortuitous coincidences. The configuration of the trajectographs has evolved, the first version V1 being based on a segmentation of the extreme planes into 16×16 channels, the second version V2 on a segmentation of these planes into 32×32 channels for the same active area. The central plane is 16×16 channels in both versions.

The optoelectronic reading chain uses a multianode photomultiplier and a « smart sensor » acquisition type developed at the IPNL. The self-triggered electronics allows amplification, reading, time marking and digitization of analog signals, and the shaping, compression, temporary storage and transfer of digital signals.

The on-board reading system includes a processor, a clock synchronization card, a network switch, a relay system controlled in an independent box referenced as CTRL BOX.

Two special detectors have been built: 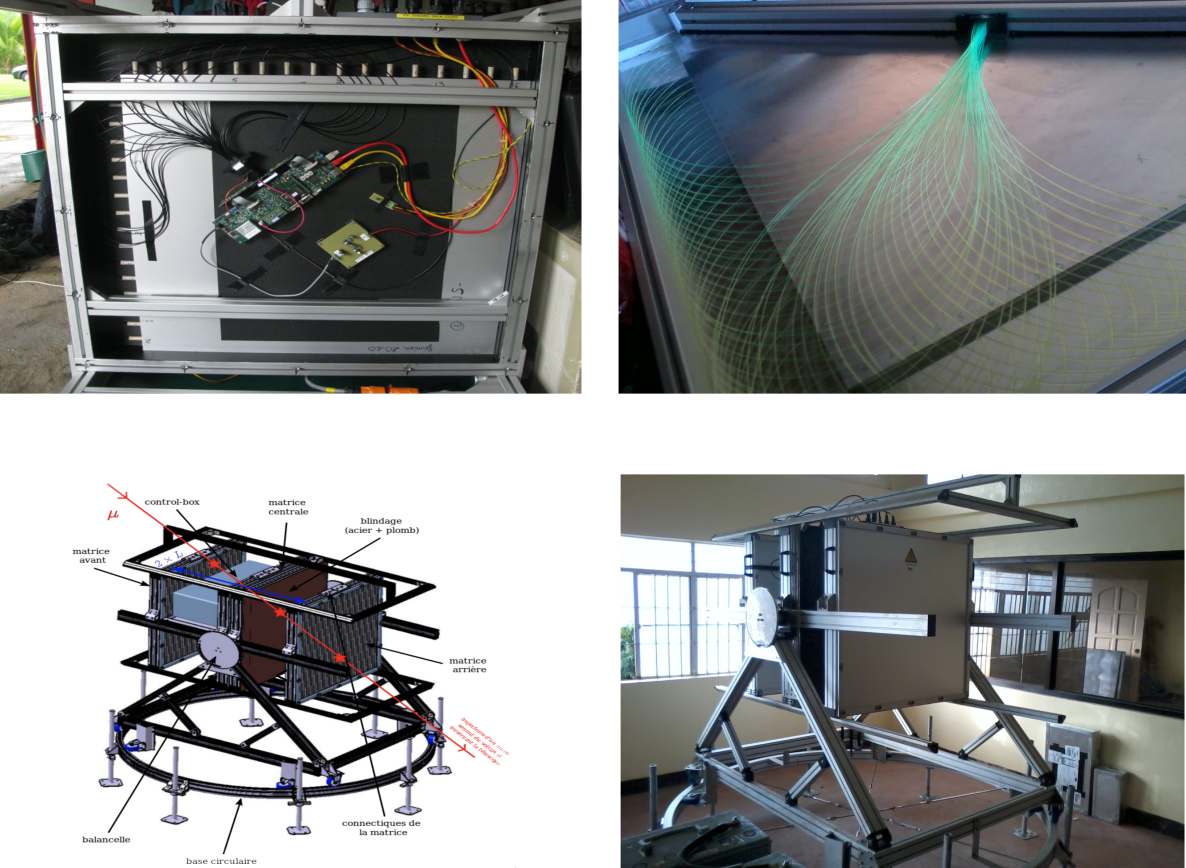 Figure 1 – Top: photo of the inside of a V1 (left) and V2 (right) detection plane. Bottom: schematic diagram of a complete V1 telescope (left) and a complete installation (right). Source: DIAPHANE.

From detection to image

The use of muon tomography in non-invasive and non-destructive testing.
The observable quantity is the opacity, measured in g/cm2, which represents the density of the crossed material (in g/cm3) integrated along the trajectory of the particle.

An example of muography in volcanology is given in Fig.2. The muon detector placed on the side of the volcanic structure measures the flux of muons crossing in all accessible directions (in red). The comparison with the theoretical flow, in the absence of obstacles, gives access to the opacity of the structure. This phase of analysis corresponds to the direct problem.
To go back to the material density distribution inside the structure, we introduce a priori knowledge about the target, in particular its topography, since a given opacity value, product of two variables, can be obtained by multiple combinations. This phase of analysis constitutes the inverse problem, whose solutions are the most probable distributions of matter within the target. The reconstructed density scale map is given in Fig. 1. 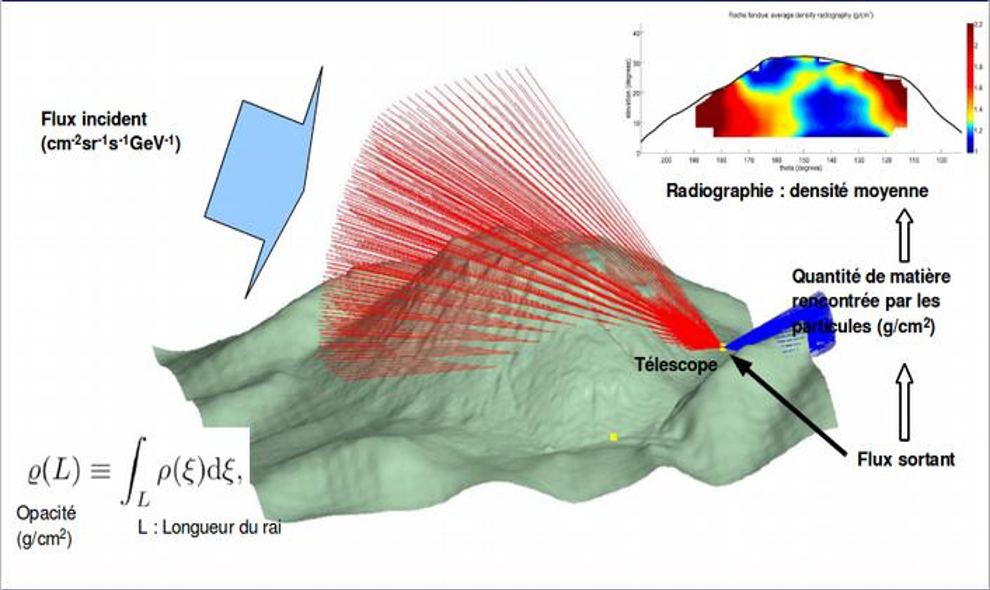 Figure 2 – Principle of muography applied to the study of the domes of active volcanoes and reconstructed density map: the blue zones correspond to the least dense zones, the red zones to the most dense zones.

The measurement of the flow of incident muons as a function of time makes it possible to take X-rays at different times and to perform functional imaging of the target by looking at the temporal evolution of the reconstructed density. This capacity to monitor a target has many applications both in an industrial context – emptying / filling of tanks, flow analysis, gauge controls, injection / replacement of material etc. – and in a geological context – geothermal, hydrogeology, dynamics of a hydrothermal system etc. – and in a geological context.

In the particular context of volcanoes likely to erupt into water (explosion of a cavity mainly under vapor pressure), we have demonstrated the feasibility of a temporal monitoring of the water content of the dome, the drop in density in a given area signalling the vaporization of water initially in liquid form (Fig.3, left).

Imaging by muon absorption does not escape the problem of solution degeneration when only one shot is available. Indeed the measurement of an opacity value, convolution of a density by a length can correspond to different realizations: a long trajectory in a low density medium can have the same opacity as a short trajectory in a very dense medium.

To solve these problems, one can either multiply the shots around the target, or couple the muon tomography measurements with other geotechnical techniques, which allows to generate 3D images, or more simply to switch from radiography to scanner. An example of a result obtained by coupling between muon tomography and gravimetry is given in Fig.3, on the right.

Figure 3 – Left: temporal variation of the muon flow through the Soufrière dome. Right: Sections of a 3D image of the dome made by “muon-gravimetry” coupling. Source: DIAPHANE.

Objectives: structural imaging of the active dome, study of the dynamics of the hydrothermal system, methodological developments, coupled geophysical measurements, modeling of the dome destabilization constraints, hazard management, stations that can be integrated into a monitoring network.