The Polish Radiation Research Society (PRRS) is a professional organization of scientists interested in the study of irradiated matter and the practical applications of ionizing and non-ionizing radiation. The Society provides opportunities for the exchange of ideas among its members, promotes links between the scientific community and the general public, and encourages international collaboration in radiation research.

Every three years, the PRRS Council recognizes the best papers in the fields of radiation biology, radiation physics and chemistry, radiation protection and related fields.

This year, Hassan Abdoul-Carime of IPI2 and Franck Rabilloud of ILM, both lecturers in the Department of Physics, received the second prize in the field of radiation chemistry and photochemistry for a set of three publications on “Reactions induced by low-energy electrons”. These so-called secondary electrons are known to be largely produced by primary energetic radiation in matter and their actions (e.g., fragmentation) are not yet well characterized. 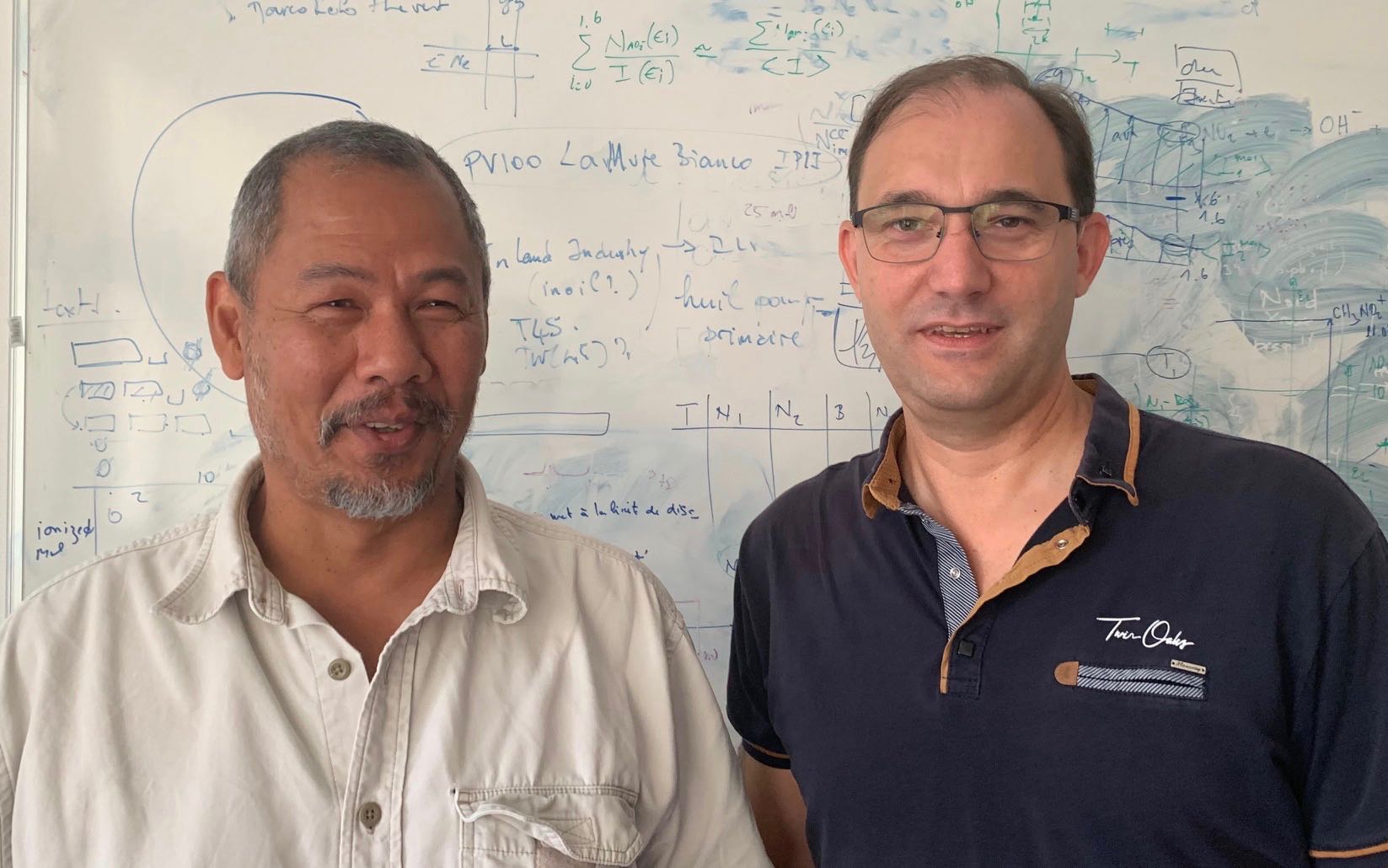