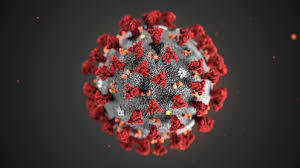 Particle physicists are used to data analysis and modeling. Giacomo Cacciapaglia and Corentin Cot, with a colleague from Denmark have developed a new mathematical modeling inspired by high energy physics, published in two articles in “Scientific Reports”, one of which is the subject of a press release from the journal. At the same time, Jérémie Dudouet and his colleagues from Spain and South Africa sought to understand the dynamics of the epidemic through different models and numerical simulations, and the article is currently being published.

The model used by Giacomo Cacciapaglia and Corentin Cot is based on a method widely used in particle physics and condensed matter physics, called the Renormalization Group. The extension of this technique to epidemiology gives a very simple mathematical model capable of characterizing the evolution of the pandemic within a country in interaction with other territories. The second wave simulations are based on data collected on COVID-19 during the first wave. This allowed them to predict, at the end of July, the second wave of the pandemic, which is underway in France and the rest of Europe, and shows that global lockdown is much more effective than the closure of borders.

“Our model can be used by governments, industry, citizens and financial markets to prepare and adopt local or global measures needed before the next wave hits us,” say the researchers.

The work of Jérémie Dudouet starts from the SIR (Susceptible Infected Recovered) model used in the study of the spread of epidemics. It offers an analytical solution of a derived model, applied to the case of the current pandemic. The study of this model allows to deduce the date of the end of the epidemic based on the evolution of the number of deaths and the date of confinement, and shows the efficiency of early confinement. This work, extended to several countries, highlights similar behaviors of the pandemic, suggesting an evolution driven by universal parameters.

Papers are available here, here and there, and a demonstration video is visible here.