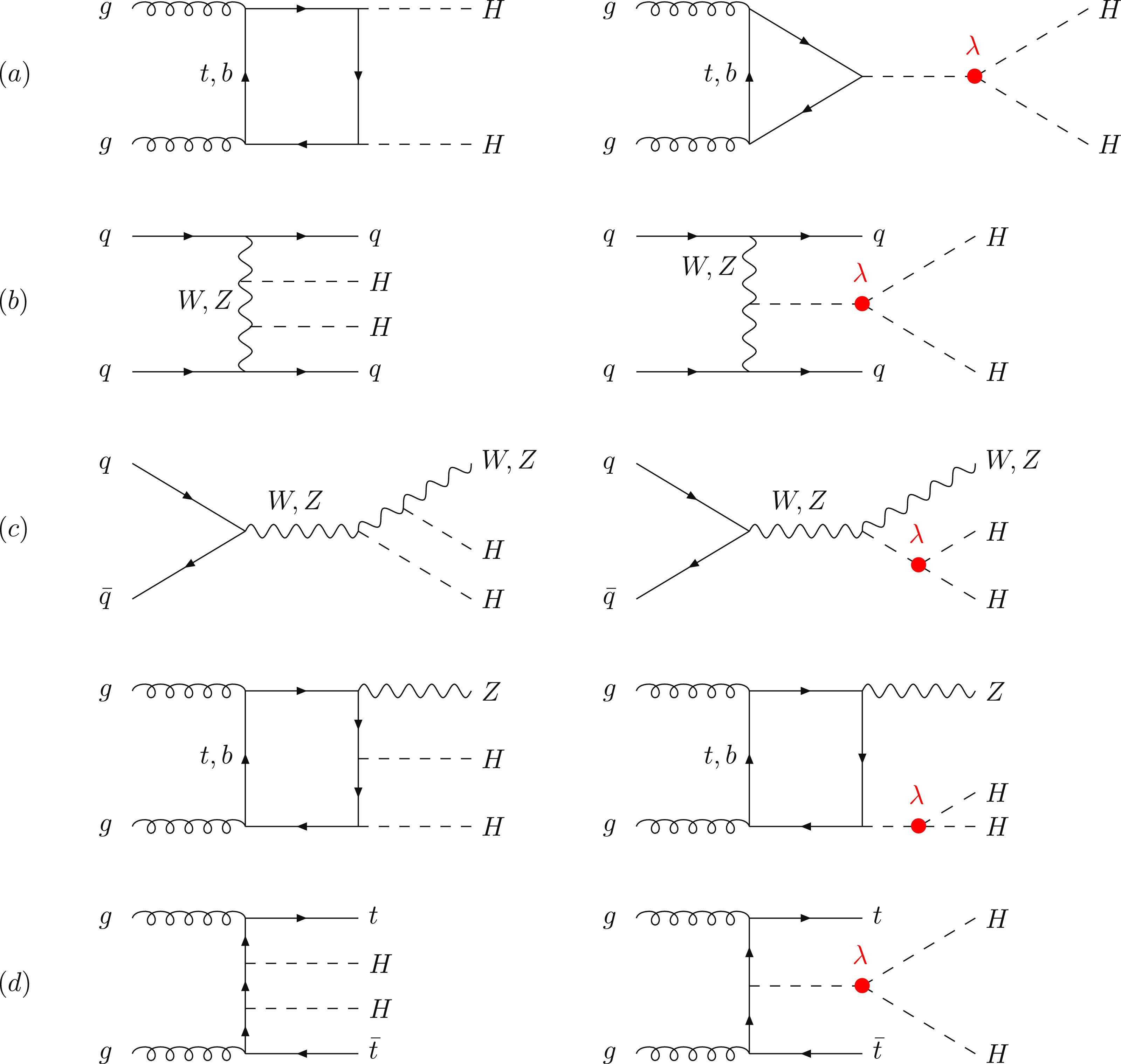 While all the particles predicted by the Standard Model (SM) have been observed and the latter has been able to describe the experimental measurements obtained during the collisions, many predictions of the model remain to be tested. Thus, the energy potential of the Higgs boson field, responsible for the electroweak symmetry breaking mechanism (EWSB), has not yet been measured by any experiment.

After the EWSB, the potential of the Higgs boson gives rise to cubic and quartic terms in the Higgs boson field, inducing a self-coupling λ which, in the SM, is fully parameterized by the mass of the Higgs boson and the Fermi coupling constant. A measurement of this coupling would thus begin to shed light on the actual structure of the potential, which has profound theoretical implications on particle physics and the life of our Universe. For example, the exact shape of the potential has an implication on how the EWSB was made in the primordial universe after the Big bang and could explain the observed matter-antimatter asymmetry. The determination of the self-coupling of the Higgs boson could open a door to fundamental interactions at energies higher than the SM.

Following the Di-Higgs workshop at Colliders, which was held at Fermilab from September 4 to 9, 2018, more than a hundred contributors went beyond the topics discussed at that time and included further developments. Thanks to the efforts of all participants, this large-scale project has resulted in the publication of a white paper whose primary goal is to summarize the current state of research on the production of Higgs boson pairs, both theoretical and experimental, and the constraints on Higgs potential arising from precision measurements in hadronic and leptonic colliders.

The production of this White Paper was supported by the world’s major collider centers: CERN (LHCXSWG-2019-005) and FERMILAB (FERMILAB-CONF-19-468-E-T).

Maxime Gouzevitch of IP2I is one of the four editors of this white paper which counts more than 100 authors.

The full article is available under a Creative Commons license thanks to funding from IN2P3, among others. It can be consulted here.